AND EVERY TONGUE WHICH RISES AGAINST YOU... 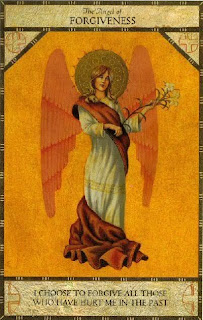 The last couple of weeks, I've been a bit silent...if you've ever seen any of my shows,  you'll know I cannot shut up.  But I've been quiet because recently I've encountered some strange obstacles.  There are a lot of things in this world that can hurt you, and throughout my career, I've always cried when hurt, but have always had the thick skin of perseverence, resilience and plain old determination.  But there is one thing that seems to penetrate that skin.  Hold on...I'm looking for the word.  Betrayal? Persecution?  Not sure.

When I was in high school, (Aquinas High School, Bronx, NY) I was popular, but not socially popular; I was an honor student. I excelled in Latin, pretty good with other classes, I had solos in the glee club and leads in the musicals...I worked hard.  Life at home was so stressful sometimes that I liked school. It was a temporary escape, and I always told myelf that if I worked hard, I could be successful and get my mom out of the situation we were in.  That was my drive - I wanted to be a singer, and I wanted to have a brain to fall back on, just in case.  I was asked to sing a solo for Ring Day for my class of '85 &amp.  It was Ring Day rehearsal after school and the entire 181 classs of 1985 was there.  One of the teachers announced that before we were dismissed, there was a surprise.

"Judy, come on up. Judy Torres is going to sing a song for us."
I heard so much sucking of the teeth.  I heard hissing. I heard people saying "Oh, my God...again?!"
I walked up to the podium and I was so devastated that I had practiced so much and they really didn't want to hear me, that I ran off crying.  The teacher was horrified and scolded the seniors. She forced me to come back and sing, and then made everyone stay after longer as punishment. That punishment resulted in further punishment for me by a few classmates who bullied me in the last month of school.  I felt so confused. Why would people do this to me?  I'm nice to EVERYBODY! I'm just working hard, studying hard, rehearsing hard.  I know now that it was jealousy then...it still hurt nonetheless.  I confess that I am a sensitive soul and I wear my heart on my sleeve. I was just so confused.  But that same confusion, that sense of injustice has recently reintroduced itself into my adult life.

For a very long time in this career, I can say that mostly everyone who's entered my life has been good to me.  I have proudly been able to resolve conflicts and I've also taken pride in knowing that my reputation is solid.  Until recently.

It appears that something or someone is trying to taint that reputation I work fiercely to protect and nurture to be a good one.  I do my best to be kind to everyone whose path I cross, and I do my best to be honest.  I try not to engage in gossip.  But suddenly, I have been questioned and without reason someone(s) is attempting to taint my reputation .  Suddenly, it seems a lot of things I have said have been taken out of context and I really feel, quite frankly, that I'm under attack.  I am in shock.  I am hurt.  Who would do this to me? WHY would anyone do this to me?  Out of the blue, I feel like I'm back in high school again. My manager tells me time and time again, "No one is your friend, Judy - trust NO ONE!"  I don't want to live my life like that. I don't want to be paranoid, but I was suddenly questioning everything, everyone.  For a while, I was hurt and I did a LOT of crying. I also had to do a lot of defending myself...nothing worse than trying to prove to someone your innocence when they've already decided you are guilty.  I cried. I lost sleep.  And I was pushed into silence.  But then something quite different happened that did not happen in high school:

I GOT MAD!
I have decided to channel that angry energy into bringing my career to the next level.  I have decided that the truth always gets revealed; that the truth will indeed set me free.  I do not believe in using that kind of energy to "get even"...it is disempowering.  I also realize that who ever is trying to hurt me, it's not about me. It's about them.  "They" are not feeling good about themself, so they have to do something to bring me down so that they can feel elevated.  But that elevation is temporary, for I will rise up...just like the Phoenix.  LOL...LOL...sorry got carried away.

Today, I break that silence, determined to not let my enemies, (apparently I have one or two) get me down.  Today, I release that anger, determined to forgive all of it, hoping that it will make me a stronger person.
Today, I won't feel like the Judy in high school.  I won't run away crying. I'm here to stay. LOL.
One of my favorite scriptures from the Bible that gets me through stuff like this is:
Isaiah 54: 17 - "No weapon formed against me shall prosper. And every tongue which rises against me in judgment, you shall condemn..." I stand by that.
Please by all means, if you have a story in which you can relate, please share it here!
Posted by Judy Torres at 9:20 AM